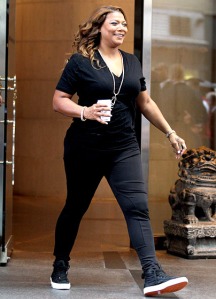 First let’s be clear Queen Latifah has been on the K Word #WCE list FOREVER1.

We loved Khadijah. We loved Cleo. Hell, even Big Mama Morton could have got it back in the day.

Wait what were we talking about? Oh yeah.

Well the beautiful and talented Dana Owens is at it again with the upcoming HBO Biopic Bessie. The Queen plays the lead in the drama about Bessie Smith,  nicknamed the Empress of the Blues.

For those that need a little info on the epicness of this project and the woman it revolves around, Bessie Smith was simply… a boss. She was a legendary singer during the 1920s and the 1930s. She is often regarded as one of greatest artists of the era. 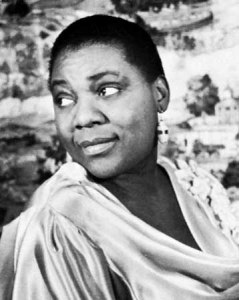 Though there isn’t a set release date, we are sitting here ready for it. The idea that we might see Queen Latifah in some good ol fashioned girl-on-girl action alone has us stalking HBO’s page2.